Pre-purchase Legacy of the Void and play Artanis one week prior its release!

Written by Benjamin Vogt on October 6, 2015. Posted in Articles - Heroes of the Storm

A few months ago, Blizzard announced that one of the new hero for Heroes of the Storm will be the Protoss Arnatis. His arrival is supposed to be timed with the released of Starcraft II last expansion, Legacy of the Void.

If you pre-order Legacy of the Void on the offical website, you’ll be able to play the new tank one week before its release on October 27th.

Trailer : Rexxar – The Champion of the Horde

Written by Benjamin Vogt on September 8, 2015. Posted in Hero Trailer

With his arrival later today, Rexxar the newest Ranged Warrior is getting his own trailer. This time focused on how family doesn’t need to be made on only humans and orcs, but beasts can be part of it too!

During the live at blizzgc.com it was announced that the next Hero from the Starcraft universe (after Artanis) will be the Medic from Starcraft II as a support!

We already know that one of her ultimate abilities will be the Medivac that you can use to move faster in any point on the Battlefield.

GamesCom 2015 – New skins and mounts for the next update!

Thanks to Handclaw, we have exclusive footage of GamesCom to show you. Indeed the next update for Heroes of the Storm will add new skins and mounts  for heroes already ingame but also for incoming ones.

Blizzard just released (again), a new video. This time for the new Eternal Conflict map : The Infernal Shrines. The basics of this new map are simple : By killing a certain number of ennemies that spawns through shrines it will summon a Punisher which skills will depend on the Shrine you used to summon him.

Most of the skills are renowned from the Diablo universe, and many of them are… deadly!

The trailer for Kharazim, the Diablo III Monk has just been revealed ! Are you ready to use your fists ?

Gamescom 2015 – Heroes and a new Battlefield.

It’s through reddit, that we learned that Rexxar is finally joining the Nexus with the Monk from Diablo III, . Furthermore it’s seems a new Diablo themed map is ready for testing.

This new map is using shrines that spawns creatures and you get a Monster fighting for you afterwards. 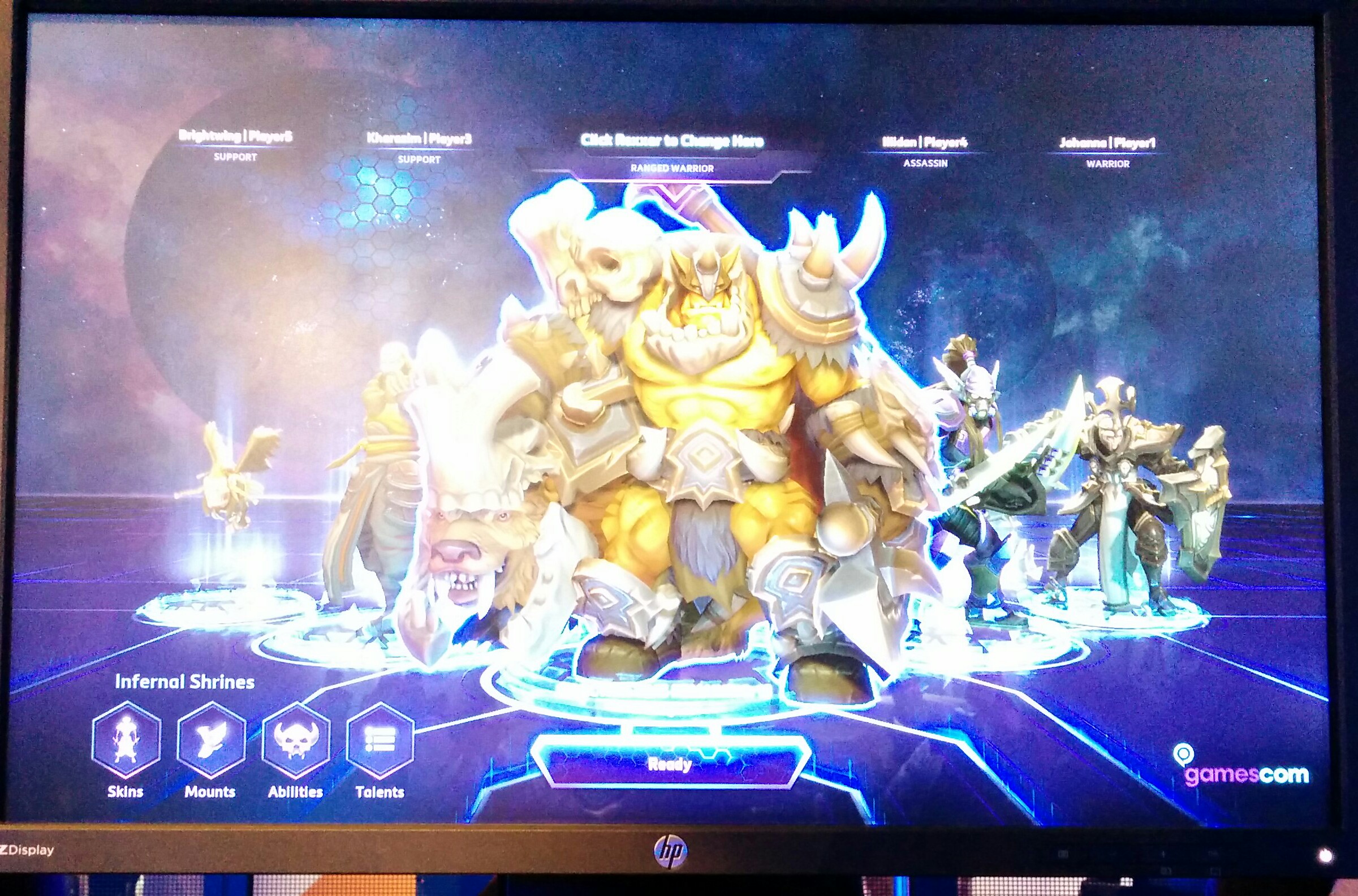 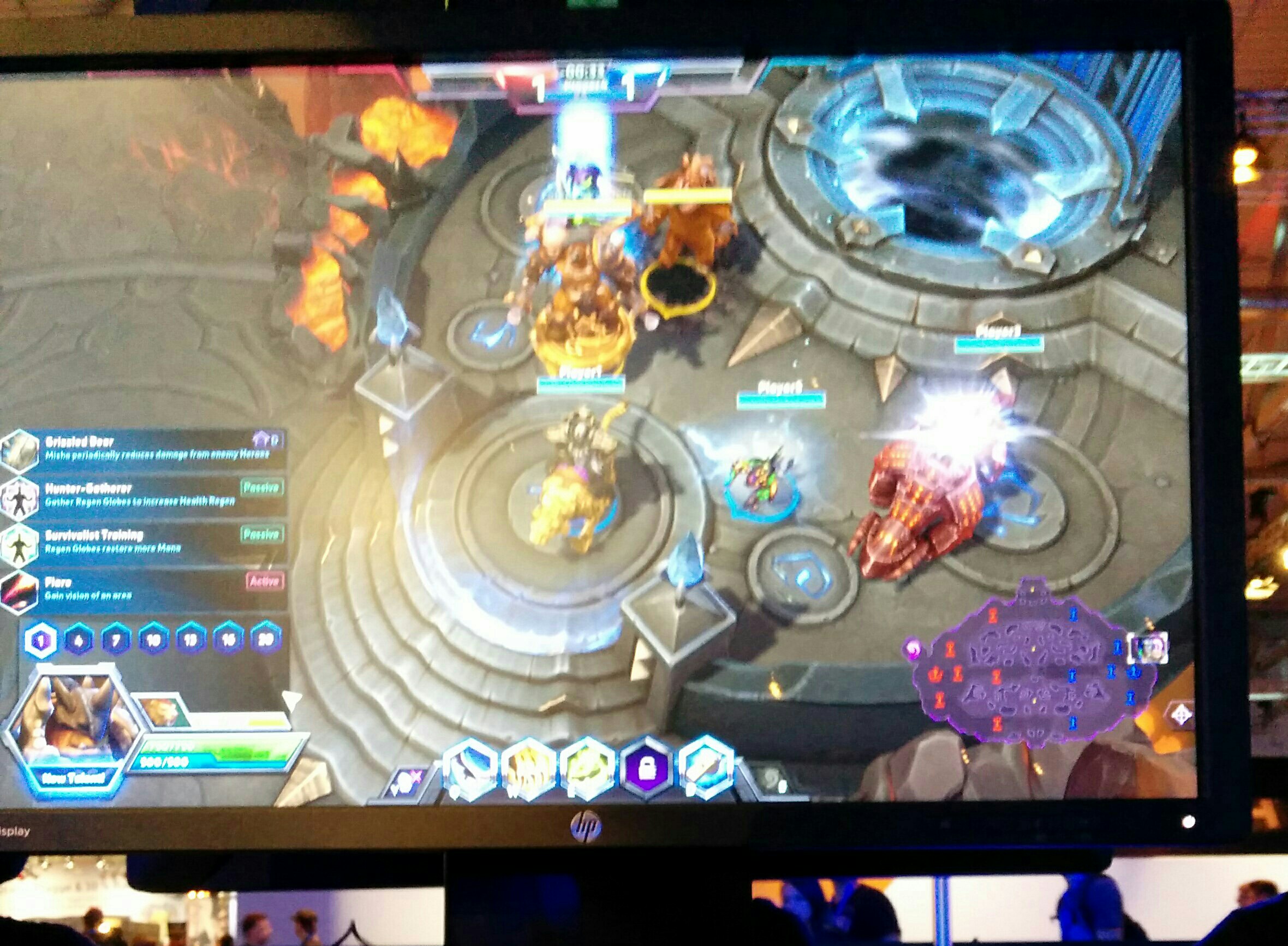 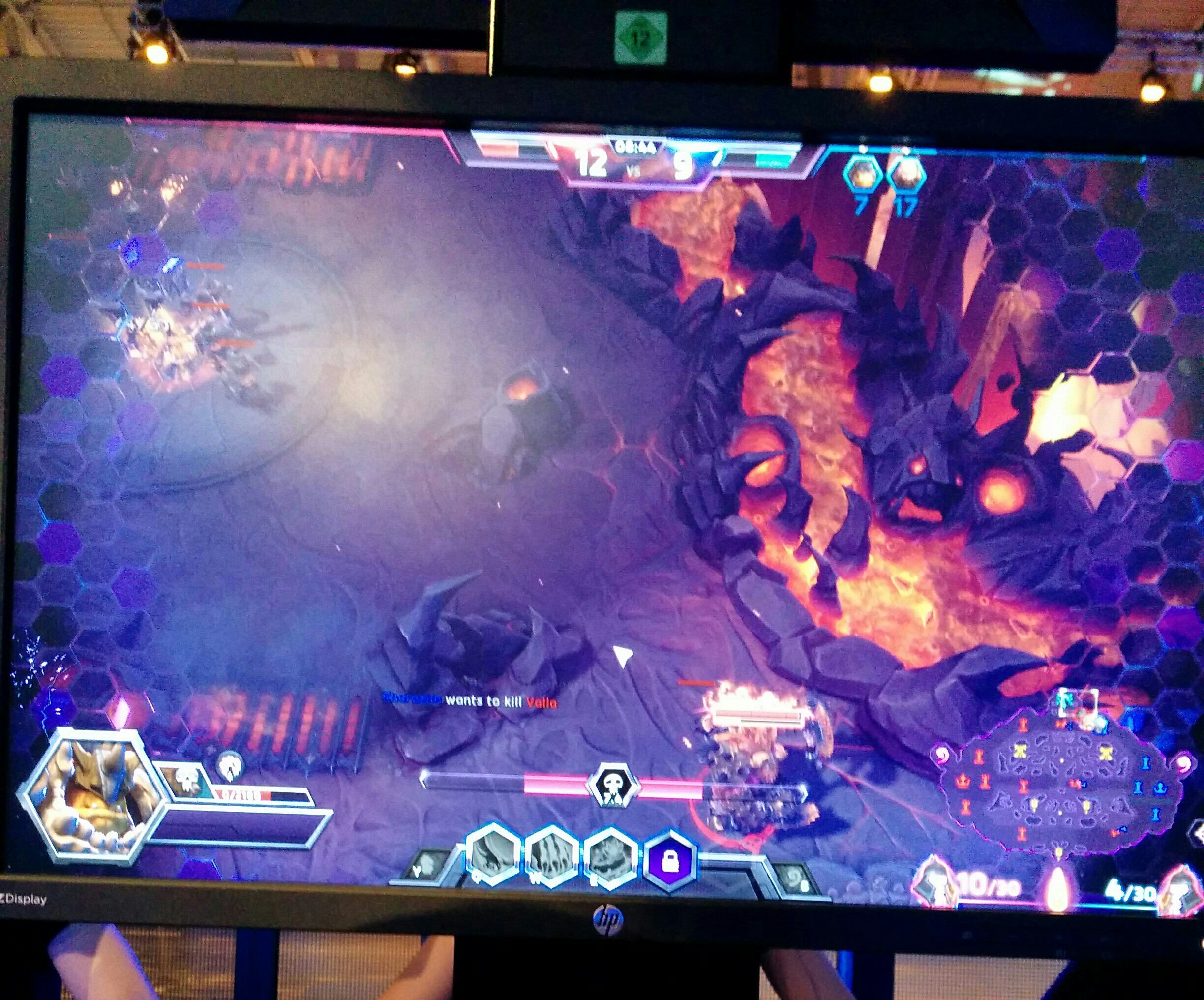 Written by Benjamin Vogt on July 21, 2015. Posted in Hero Trailer, Heroes of the Storm

A new King has arrived on the Nexus, coming from the Diablo universe as part of the Eternal Conflict update, the new Warrior Hero will arrive on June 21. Be sure to watch Leoric Spotlight to check his abilities.

Take not of Illidan reaction when Leoric is talking about betrayers, it’s my favorite part 😀

Written by Benjamin Vogt on June 7, 2015. Posted in Hearthstone: Heroes of Warcraft

This was announced during BlizzCon 2014 (with the presentation of some of the new Heroes from the Diablo universe and the concept map High Heavens against the Burning Hells), but now all of this is official. The next big update for Heroes of the Storm will be called “The Eternal Conflict”.

This new content will add most of the features previously said, but also another map currently being worked on.

The Battlefield of Eternity

The Battlefield of Eternity is one of the new battleground that will be introduce with the patch, this will be a 2 lanes map with a central objective in the center. Two Immortals will appear a short time after the beginning of the game. The goal is to kill the enemy team’s Immortal while protecting yours from damage. When one of them is dead, the other one will focus its strength to one of the lanes.

This map will also replace the current mercenaries with new ones :

Get a new free mount : The Mechanospider

Written by Benjamin Vogt on June 1, 2015. Posted in Hearthstone: Heroes of Warcraft

Following the livestream of the Heroes of the Storm launch event, a new mount : the Mechanospider is available for free on the Team Builder website. Two steps are necessary in order to get one.

After that enjoy the Nexus with this new mount!

Like Valla, join the Nexus with this new mount!