Written by Medievaldragon on May 22, 2014. Posted in Heroes of the Storm, Patch Notes

This patch build 30414 introduces Murky as a playable Hero. Patch notes below.

We’ve brought the Heroes of the Storm service down for a period of extended maintenance today in order to release a brand new patch for the Technical Alpha. Maintenance is ongoing, but don’t worry; we’ll let you know as soon as the Nexus is back online! In the meantime, you can check out complete patch notes below.

All returning Heroes of the Storm players will be required to re-install the game in order to receive today’s patch. Please see the notes below for install instructions:

If you’ve never installed Heroes before, but have received a Tech Alpha invitation, all you’ll need to do is select the Heroes of the Storm icon in the Battle.net app’s Games list, click “Install”, and then hit “Play” to get started!

Finally, installation will be disabled in the Battle.net app during maintenance. You will be able to install the client once the Heroes service is back online. 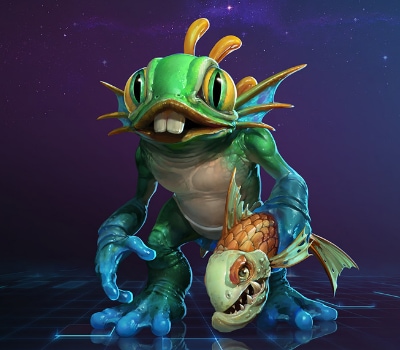 A very early version of rejoin functionality has been implemented. Please know that development for the Rejoin system is ongoing, and this feature will likely see changes and improvements as alpha testing continues.

The in-game UI has received an extensive overhaul and many elements have been changed or moved.

Several abilities have received name changes. While some of these have been reflected below, please note that name changes for abilities that did not also receive balance updates have not been listed.